You know how people always say "Always bet on black"?  That's because of Kevin Hooks and his 1992 film Passenger 57!  But that was the '90s for you, the last great time to try and be on the silver screen.  I guess he'd rather do TV instead... a lot.
Posted by The Movie Hooligan at 11:00 AM No comments:

All That PG Allows 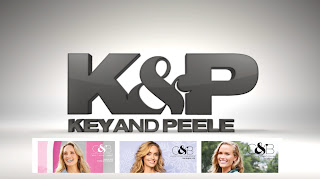 Brought to you by Douchebag In a Truck.  Douchebag In a Truck!  Why, you can probably see his fancy new bright headlights in your rear view mirror right now... and by Bacon Modeling Clay.  Bacon Modeling Clay!  Your kids can use it to make fanciful creations, and their parents can promptly pop them in the microwave for eating.  Your child's tears not included.  Whelp, it's yet another happy weekend for Disney, courtesy of Tim Burton, and this time it's a film called... The Stupids?  Our Idiot Brother?  Dummy?  Block-Heads?  Morons from Outer Space?  The Jerk?  Nah, it's just a CGI and culturally sensitive reboot of Dumbo featuring most of the cast of Batman Returns... you know, a little something for the film buffs from the previous generation.  I mean, it's #1 and all that, but... only 45 million domestic?  (clicks tongue, ambient nature sounds continues)  Maybe you should've done more ads during "The Daily Show" or something; try to appeal to the hipsters.  You know, the hipsters and the hucksters, the latest bands and the hottest hands... good luck finding that one on YouTube!
Meanwhile, back at the Christian Scientist lab, they've released their latest cannonball in the fight to save the soul of this nation, and it's called Unplanned... get it?  It's about Planned Parenthood!  GET IT?!!!  You can probably guess their take on the organization.  You know, if they really want to get under the skin of the ... damn.  Can't even think of the word.  Not atheist... hah!  Got it.  Take that, internet.  Ever feel like a broadcaster when you sit in front of the computer, thinking about your next data search?  Can't have any dead air, right?  If they really wanted to get under the collective secular skin, they could say... or release a statement to the press like "Unplanned continues in the same muckraking tradition of Gloria Steinem's famous 'A Bunny's Tale', which exposed the shabby working conditions at the Playboy Mansion, AKA Ground Zero of the Free Love Movement."  Well, I don't know much about life, but I do have online statistics.  Statistics like 150,000 people die every day, and one third of the world's population has tuberculosis.  Twenty-five species will go extinct today, but I'm supposed to go to the theatre to watch Unplanned because one woman saw something she didn't like at Planned Parenthood.  It's like Benghazi, and the Republicans getting all upset, saying over and over again "Four dead Americans..."  Where was Donald Rumsfeld when we needed him?  You know, to say "We can't control what goes on half-a-world away!" in that folksy way of his.  No, he was just as upset and as demanding answers as the rest of the Republicans.
And finally, on the wrong side of the proverbial Top 10 railroad tracks, Harmony Korine just can't seem to generate headlines like he could in 1995.  His latest is called The Big Lebowski... I mean, The Beach Bum featuring Matthew McConaughey and Snoop Dogg.  If nothing else, that must've been a fun set!
Posted by The Movie Hooligan at 10:55 AM No comments:

The Ip Man Series - Which Kicks the Most Ass? 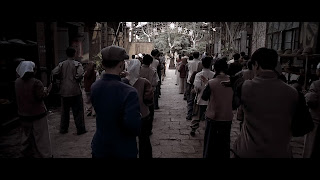 Ah, my beloved "Which Kicks More Ass" series.  How I've missed you.  I remember how it first came to me: it was one of those freaky dreams you have after eating too much junk food, and I saw Pauline Kael on TV doing this very same segment.  Well, even the most noble among us has to throw a makeup kit at an assistant every once in a while.  Anyway, until the local cineplex lets us go to the movies in our P.J.s, I'm afraid Netflix (TM) (C) (R) will just have to do.

WHEN THE FIT HIT THE FOSHAN

Damn... I had a semi-clever headline for this one.  Oh well.  Well, now that you know the tangential connection to Bruce Lee, let's get on to Ip Man 2.  In this chapter, Master Ip moves to Hong Kong... this is not completely explained, but hey.  It's all about the fight choreography, right?  Ip's mid-level problem is dealing with a ... I hesitate to call him corrupt, but I guess there's just no two ways about it.  See, if one wanted to set up a martial arts school at the time in Hong Kong, there were fees.  Lots of fees to pay.  You know... hey, nice martial arts school you've got here.  Would be a shame if something were to happen to it.  You know, the new presidential politics!  In this case, Master Hung Chun-Nam, played by Sammo Kam-Bo Hung, is in charge of all the Mob-like doings in Hong Kong... where have I seen this guy before?  I vaguely remember that show "Martial Law."  It was a CBS show, so surely Letterman had this guy on and was completely rude to him?  Yes?  No such luck.
Anyway, Master Hung... easy, easy... thinks rather highly of himself, and lays down the law for Master Ip.  To teach in Hong Kong, one must submit to being challenged by all the other teachers in Hong Kong.  The clock is a piece of incense... how elegant is that?  We have so much to learn about the art of living, us backwards Americans.  And so, an epic fight takes place.  Some of the other masters take on Ip, and... well, I hate to say it, but these dudes seem old.  I mean, Ip himself wasn't exactly young at the time, but those other teachers are OOOLLLLLDDDDDDDDD.  But they're not completely out of the game just yet, and they do what they can against Ip.  Also, this particular fight takes place on one table.  Ip has to stay on said table for the duration of the event.  There are also several dozen stools placed upside down on the floor.  Are these going to be utilized?  Uh... yeah!!  Sorry, SPOILER ALERT.  Incidentally, SPOILER ALERT, once Master Hung has his turn, the event could be said to have come to a draw, but Ip has made his usual positive lasting impression, and into the fold he comes... but he's still not happy about the monthly dues.
This second installment of Master Ip's life story probably has the best fight sequence, in which he uses a wooden pallet as his ad hoc weapon of choice.  Take that, Jackie Chan!  Anyway, once life's little squabbles are more or less squared away, it's time to take on another global superpower: the much hated British.  The British do everything to look evil except call the Chinese "yellow," as it were.  Again, historical context.  And as with the Japanese in World War II, the British want to take on not only the Chinese people, but Chinese culture as well.  A boxer named "Mr. Twister" comes to town, and just makes a real ass of himself... is that Ben Stiller?  Sacha Baron Cohen?  No, he just looks like a lot of guys.  His name is Darren Shahlavi, and I'm reminded of that old Gene Siskel movie test: is the movie more interesting than, say, a movie where all the same people are just sitting around having lunch?  If you begin to read Darren's IMDb Bio, you will soon come to the realization that this is no mere British d-bag, but rather a one-time disciple of Donnie Yen, the man whose current job is portraying Ip Man in the same damn movie!  Small world.  I found out all this after the fact myself.  And once again I hate to say it, but Darren sort of betrayed his skill level a little bit in his boxing matches.  I forget exactly where, but some of his "boxing" moves seemed to have a little touch of Kung Fu in them.  These things move too fast for me these days.
Now, I understand that this is the man's life story and all, but the touch of another cruel empire, Hollywood, seems to have left its mark on the screenplay.  For just as the kite-flyer ended up on the wrong side of the tracks in the first Ip Man movie, so too do tired old clichés work their rugged magic here.  The British set up a well-publicized fight between Mr. Twister and a Chinese "boxer."  In this case, Master Hung himself gets into the ring to defend the dignity of the Chinese.  Now, one would think that it'd be no contest, but Hung does look a little tired, and he's still smarting from the epic battle with Ip from earlier, and so... SPOILER ALERT, Hung apparently gets killed in the ring.  Thereby, perfectly setting up a match between Twister and Master Ip... a little too perfectly.  And so, we get the big final match between Twister and Ip.  And you hate to hand it to Twister, but he lands a couple serious blows to Ip's head!  Sorry... SPOILER ALERT.
But just when it looks like Ip's about to be a vegetable for the rest of his life, he quickly recovers from the concussion and gets back on his feet.  To make matters worse, there's a mid-fight edict issued: Ip's not allowed to kick, or he'll be disqualified.  HOW UNFAIR DOES THIS FIGHT HAVE TO BE???!!!!!!  Ip gets in one last kick, though, with just a stern warning.  Also, Master Jin is listening to the fight on the radio.  MORE beloved clichés!

Good.  Another short one.  Better leave the link for myself... Welp, I'll tell you one thing!  It... nope!  Can't go that way.  Gotta give props to Hadrian, because he (or she) snagged the title Into the Woods first.  Okay, so Meryl Streep's not in the cast.  But you can tell who's a who in the cast, because they have attached a photo next to their name.  Take that Jenn Pinto, for example!  Wowzah!  Oh, this kid's going places.  She's so good, she can do that turn anywhere... you know, the turn at the top of the Cannes Film Festival staircase?  Too obscure?  Awright.  I guess there's no hard feelings between Hadrian and Disney, because Hadrian's already hard at work on Into the Woods II.  Yo Hadrian!
Posted by The Movie Hooligan at 9:24 PM No comments: 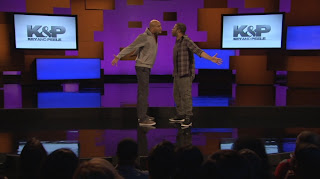 
Posted by The Movie Hooligan at 9:23 PM No comments: