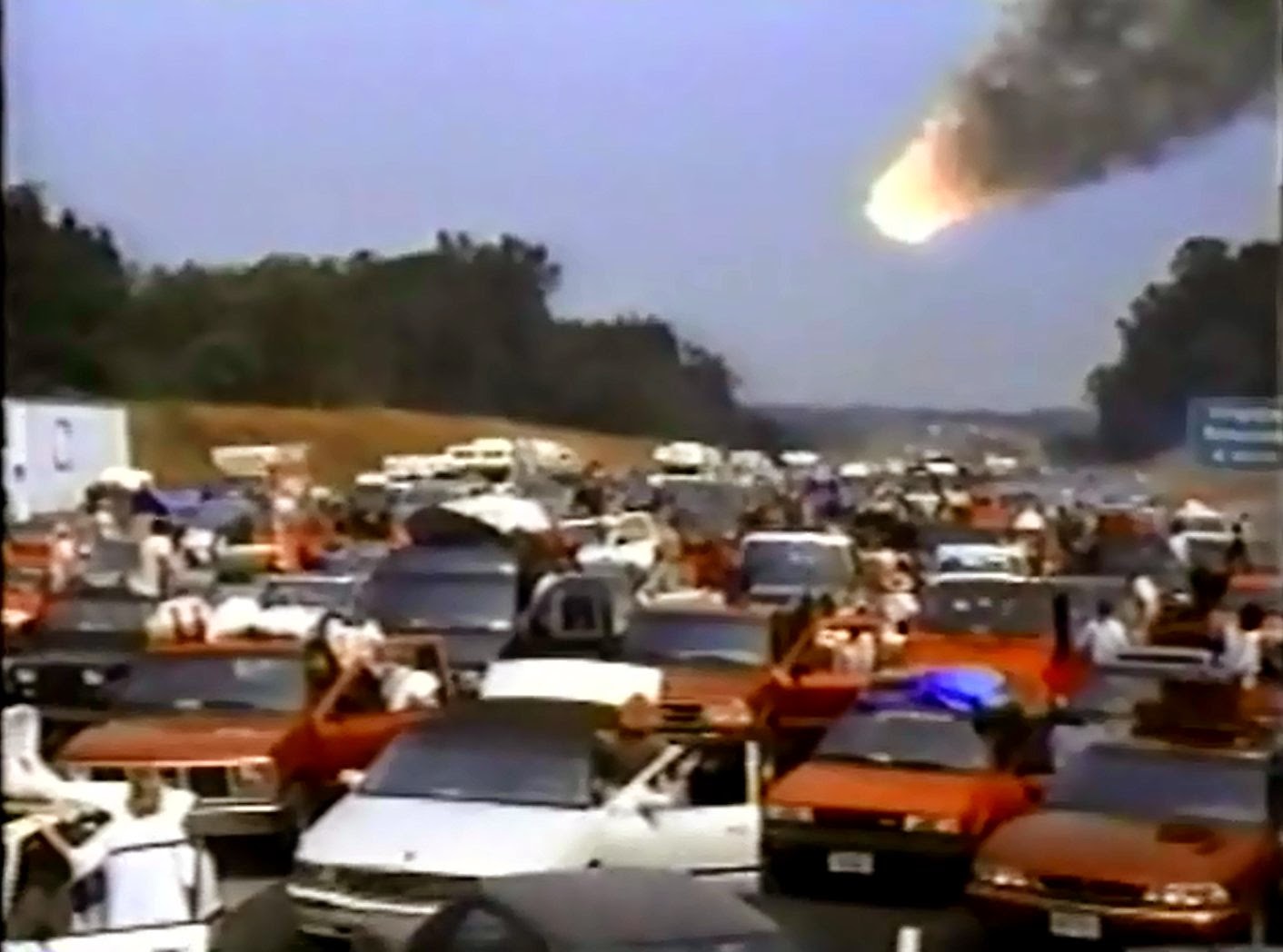 Aloha - Oh, it's Cameron Crowe!  Well, as usual, he's staying ahead of the curve.  Late 80s, early 90s?  It was Seattle.  After that, professional sports.  And then, like all great writer-directors, they move on to the greatest story ever told... their own!  And so, it seems that military contractors are the curve these days.  Something kinda depressing about that.

Beer League - Oops, I was confusing this with Beerfest.  My apologies to Broken Lizard!

"The Blacklist" - I'm still thinking about that season finale where Elton John's Rocketman is used during the music video portion of the show.  Wouldn't have been my first choice.  But it just came to me what might have been a better choice: ... you know, that David Bowie song about "Ground Control to Major Tom," whatever it's called.  I know, I know... it was used to such great effect in Adam Sandler's 200 live-action mainstream comedy offering, Mr. Deeds.  But there are some who don't associate it with that so strongly.  But I have an idea for next season's finale.  Here's the song they should use!  Especially if they're going to keep following NBC's hit show, The Voice.  It's... can you guess what it is?  That's RIGHT!  It's B.O.B.'s Airplane.  Several reasons.  Mostly because the show's title is in there somewhere, if memory serves...

Bridge of Spies - Dayamn!  I guess True Grit (2010) turned out better than I thought!

Canfilm - Awesome animated flick.  Kind of a Brazil in miniature, if you will.  And it's on YouTube, no less!

The D Train - With James Marsden as Kyle Gass

Far From the Madding Crowd (2015) - If Carey Mulligan's not careful, she's going to get typecast as that girl that does remakes!  I mean, she was in this, The Great Gatsby remake, that Wall Street remake... oh, right, it was just a sequel.  Never mind.

Maggie - Critics are calling it one of the best things that Schwarzenegger's ever done.  On the other hand, someone's bound to compile a list with movies like Joe and Mud on it... but what to call this list?  Probably something glib like "Movie Star Meltdown" or "Old Age Mid-Life Crisis."

The Man from Earth - Hey!  That could be about me!

The Man from U.N.C.L.E. (2015) - The new Superman's keeping busy, and as he should, of course.  Being Superman alone doesn't pay the bills... just ask Brandon Routh!  This is a Guy Ritchie directorial effort, so at some point a character's going to say "What.... is THAT?"  He puts the damnedest things in his pictures!

"19 Kids and Counting: First Grandson" - This just in: Bill Cosby sends the Duggars a big-ass 'Thank You' fruit basket and stuff.  In a related story: Family Research Council has some standards after all.  Not many, but some; actually, they're just bowing to peer pressure.  Kinda sad in a way.

Northpole - Gotta get the spelling right, because Lord knows it's one word, and not two, like North Pole.  No sir.

The Perfect Family - I've just been handed a bulletin: Emily Deschanel trending for something other than being Zooey's sister... well, sort of.

Pixels - Here's the only aspect about Pixels that I care about.  For once, on a DVD documentary, I want to hear the CGI guys say that this job was easier than most.  I mean, they're making stuff DELIBERATELY blocky!  No extra passes through Renderman required on this job, right?

RED 1 - Let me just say this about Red 1.  I was going to say something about Bruce Willis bitch-slapping Richard Dreyfuss, but that pretty much writes itself.  No, I was thinking the other day about that avocado plant that he was nurturing.  I'm still thinking about how it was fake.  Well, there's still no time for small details like that anymore.

"Rick and Morty" - Yeah, Back to the Future was fun

The Room - Let me just say this about The Room.  At least an MRG Entertainment production knows what it is.  But I think I understand, because it's like what Bobby Bowfinger said about turning fifty.  You see, when a man turns fifty, strange things begin to happen.  Especially when you just know that you're awesome.  Sure, the world looks at you and sees Casey Siemaszko with jet black hair, but inside your heart and guts you feel like Willem Dafoe with jet black hair.  And you've got a crappy job with coworkers who don't appreciate you, and all you want to do in life is just... play a little football.  You know, toss that old pigskin around!  Just toss it!  If only people would stop falling down so much.  Such a buzzkill!  Then again, what an opportunity for empathy.  "Are you okay, Mark?"  Football and make love to the missus.  That's the American way.  "Anything for my princess!  Hah hah hah..."  ...did you hear that laugh?  Note it well, my friends.  Note where you were when you first heard it, because this Tommy Wiseguy... I mean, this football-playing Johnny, he is LORD OF THE DOUCHEBAGS.  Now some may think that's meant as an insult, but that's just if you're not a douchebag.  If you are a douchebag, well, life's hard enough as it is, number one, and number two, all douchebags are like Robert DeNiro in Ronin.  Just a guy without a master running around from job to job... but who to believe in?  Buddha?  Well, his parents were Job Creators, but apparently he's still in his rebellion phase with all that "swear off material possessions" crap.  Jesus?  Well, he's got a big inheritance too.  Probably the biggest.  I mean, Son of God?  Makes sense.  But he hasn't inherited all the powers yet, just small stuff like turning water to wine, and the loaves and fishes, what have you.  They're good, just not Douchebag Good.  I WANT A MESSIAH WITH PAIN!  SOMEONE LIVING!  SOMEONE NOT TOTALLY MOLDY.  DERRRRRR....  And that's where Johnny comes in.  He spent one too many days in the daylight playing the ball of foot, and his heart was totally broken.  He trashed his house like some kind of slo-mo Frankenstein, carefully pulling out all the drawers, sweeping off all the stuff off the top of the dressers, flipping over tables, what have you.  All because of a broken heart.  All because of that tramp of tramps, Lisa.  Why, Lisa?  Why?  The pain was so bad, Johnny!  I know this pain!  Well, sure, only theoretically, for I'm still here on the shore.  No, Johnny went full Viking burial, the whole burning boat out to sea kind of deal.  For as in with most of these MRG Entertainment productions, there's usually a scene with a gun at the end.  Someone gets shot, then there's one last sex scene.  Not here, though.  Not with The Room.  No, Johnny's pain is so deep, so acute, so all-consuming, he takes his gun that he's been saving for just such an occasion... either that, or a home invasion.  Never can be too careful!  And even his gun is kinda douchey!  Well, that's the Douchebag lifestyle for you.  Whereas most other lifestyles are a state of mind, the Douchebag lifestyle is firmly rooted in the outward appearance of things.  And so, Johnny takes that gun, puts it in his mouth, and boom.  No room for a sequel, so to speak.  Well, I would apologize for the bad joke, but I need something to help me ease the pain.  Something, anything.  The pain.  The room.  I'll never look at one in quite the same way ever, ever again... and now I've either got it out of my system, or I've finally gone off the deep end.

San Andreas - Boy!  That's just how good Roland Emmerich is!  He doesn't even have to direct these things anymore!

"10" - This just in: a shocking revelation from Blake Edwards' autobiography.  His biggest regret?  Casting Bo Derek in 10.  I mean, have you seen anything she's in?  10 and Tommy Boy is basically it!

Tomorrowland - This is the kind of detail I notice in the commercials.  They show old footage of Einstein, Thomas Edison... then Disney.  And I can't help but wonder what ol' Walt himself would think of that.  Probably something like "Einstein?  I'm flattered, in a way, but I'm also uncomfortable being associated with such ethnic types."

Tron 3 - Apparently, Disney just pulled the plug on it.  Some people are upset about that, but not me.  I actually wasn't expecting a Tron 3 until 2038!

Trouble Man - Ooh!  Love that movie.  Jack Nicholson and Ellen Barkin?  Jack's got good taste!... most of the time.

Man Trouble - So THAT's where Mr. T comes from!  Figures.

Uncle Buck - I've just been handed a bulletin: the classic 80s film is going to be turned into a TV series with an all-black cast... actually, the girl that I saw the original movie with in the theater would probably disagree that it's a classic.  And second, it was already (turned into) a TV show!  Der!  And third... okay, Hollywood, you can do what you will with Uncle Buck, but don't touch Ferris Bueller's Day Off.  That one stays un-remade... oh, right.  TV series.  Boy!  John Hughes got kinda greedy!

The Whoopee Boys - With Farley Granger as Extra (uncredited)

The Wild North - With Morgan Farley and Stewart Granger
Posted by The Movie Hooligan at 1:50 PM